Jon Simon tours North America performing music from his nine recordings, including music from his five highly successful recordings of jazz interpretations of music from the Jewish heritage (New Traditions 1, New Traditions 2, Hanukkah… and all that jazz, Zoom Gali Boogie, and Shabbatjazz). In addition, Jon applies his passion, extraordinary technique, and improvisational skills to the music of the Beatles from his highly regarded Beatles on Ivory recording, and songs from his From Broadway to Hollywood recording.

Mr. Simon has appeared numerous times at the Kennedy Center for the Performing Arts in Washington, Merkin Recital Hall in New York, and at concert halls, jazz clubs, synagogues and community centers throughout North America. 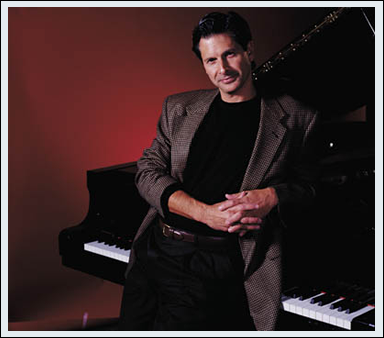 From Broadway To Hollywood

Hanukkah and all that Jazz

A day of rests, and notes: Shabbatjazz review

“How do you handle the notes so well?” the listener asked the musician.

“It is not in the notes, but in the rests (pauses) between the notes, where the art lies,” he replied. This story is related in the liner notes from Shabbatjazz, the latest release from Jon Simon. It’s an album of music from and about that restful pause at the end of each cacophonous week, our beloved Shabbat.